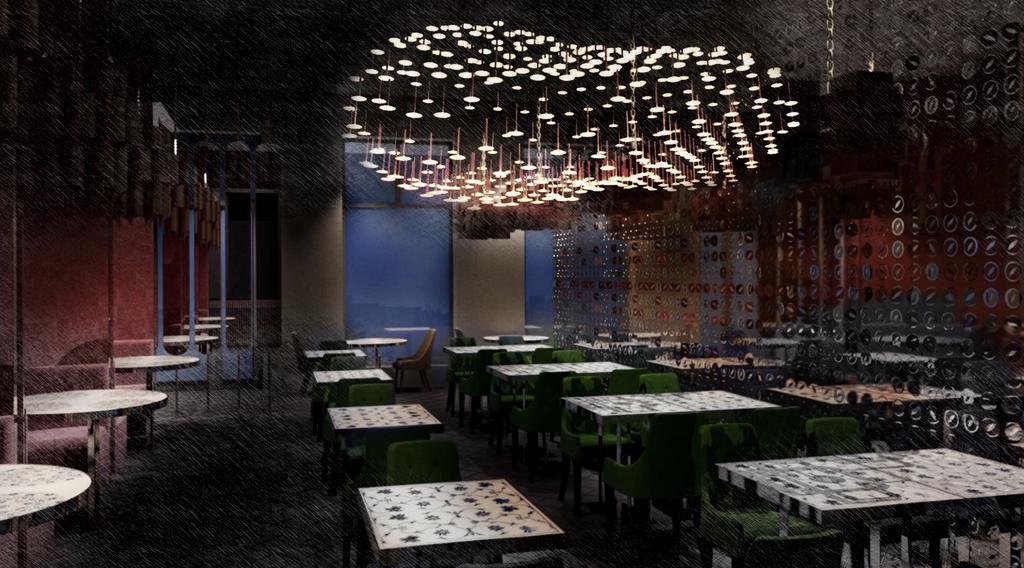 Bombay Velvet, the first fine dining Indian restaurant from Northern Virginia chef and restaurateur Rajiv Chopra, is getting ready for its Reston debut.

Chopra, who owns three locations of Punjabi by Nature in Vienna, Chantilly and Leesburg, plans to open Bombay Velvet in RTC West in the second half of January. The 2,500-square-foot restaurant at 12100 Sunset Hills Road will seat 100, including a few tables on a small outdoor patio.

The design, by Shivani Chopra and Andy Dan, melds the traditional and the modern and pulls elements from 1970s Bombay and 1930s America. Velvet traditional sofas are paired with Indian chairs and tin ceilings and copper-tinted mirrors.

Chef Chopra’s menu will feature traditional dishes from all the regions of India and reflect the country’s history as a crossroads of many different cultures, including British, Afghan, French and Turkish. Signature dishes include smoky pulled chicken and corn chaat, lobster malai curry and steamed dhokla with pickled mushroom pate and spiced tomato pesto.

“At Bombay Velvet, we have explored the diverse and traditional Indian regional cuisines with a new world approach,” Chopra said in a statement. This includes traditional sauces made lighter for the American palate, he added.

The restaurant will also have a full bar, including cocktails that use Indian ingredients. For example, the Backwaters, an Indian interpretation of a tiki drink, includes coconut water, jaggery, cumin and pineapple with dark rum.

After opening several locations of the fast-casual Punjabi by Nature and Indian sweets shop Evergreen Sweets over the past eight years, Chopra hopes to expand the full-service Bombay Velvet as well in Northern Virginia.

The restaurant will join winery and restaurant Cooper’s Hawk, Black Squirrel bar and restaurant, and fast-casual spots Honeygrow and Mezeh Mediterranean in the RTC West development.